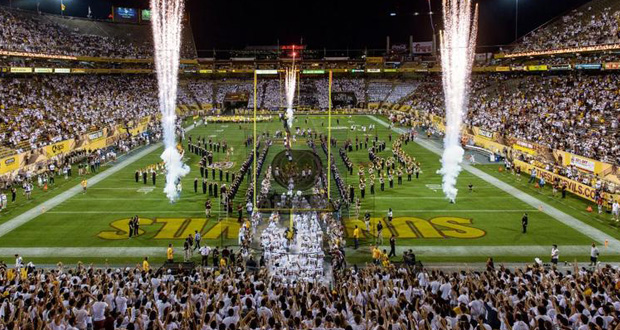 Officials at Arizona State University knew they had a problem when students and other fans weren't able to connect to Wi-Fi at ASU's Sun Devil Stadium in Tempe, AZ. A decade ago, the lack of connectivity wouldn't have made an impact. But within the past few years, fans have begun expecting to have the same Wi-Fi experience at stadiums as they get at home.

After realizing that many parts of the stadium were Wi-Fi dead zones, ASU officials began working with Intel to improve the Wi-Fi capabilities at the stadium and it's been a work in progress ever since. ASU was already working with Dublin City University in Ireland on a smart living project, and Intel joined in that as well, teaming with Dublin City University to provide improved Wi-Fi for Croke Park, a Dublin soccer stadium. The smart technologies being tested will eventually be used in a smart city context, with Croke Park serving as a microcosm of a smart city.

"The stadiums and ongoing projects are being used as a living lab," said Christine Boles, general manager of the industrial and energy solutions division for Intel's Internet of Things Group. "They'd been working on some research projects together and we got involved with them when they were talking about the idea of the stadium renovation happening at ASU as well as what Dublin City University was doing with Croke Park."